In November of 2005, xRez Team member Greg Downing was asked to take part in an intensive documentation project of the world heritage site of Tikal. Tikal is an ancient Mayan site located in a wildlife preserve in the Petén region of Guatemala. This was a special opportunity to explore the application of xRez Studio technology for world heritage and to work with teams from UC Berkeley, Cyark, and UNESCO. John Ristevski and Anthony Fassero from the Cyark/UC Berkeley team used a laser scanner to capture a very accurate 3D “point cloud” of the entire temple complex paying special attention to Temple IV. Temple IV looks like a temple on the top of a high mountain, but in fact beneath the dense jungle of the mountain is the largest pyramid in the Americas. The excavation and restoration of the pyramid has just begun and UNESCO had an interest in an intensive 3D and photographic survey of the site before this begins. Berkeley generated the 3D portion that will describe the exact shape of the Temple, while Greg Downing collected photographic data in the form of high resolution panoramas, gigapixel images, and HDRI. This imagery is to be projected onto the 3D model as a texture and can be used to document surface features that the shape alone may not reveal, such as the position of the mortar between the stones. If the site is damaged by natural causes or the excavation the damage can be repaired. This data archive will be available for site managers, archeologists, and the general public via the Cyark portal. While in Tikal Greg took advantage of the opportunity to record some of the sounds of the jungle as well as as capture a fisheye time-lapse sequence that maps out perfectly to screen of a full-dome theater. If you would like more details about this adventure and the technology of laser scanning there is an excellent article describing it on VRMag. 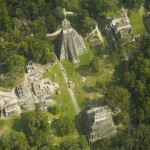 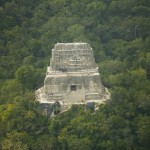 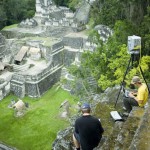 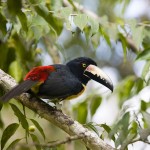