xRez Studio has been one of the pioneers in digital gigapixel photography, moving it from academic exercises into a viable production methodology for use in multiple applications and markets. Panoramic digital photography has long relied on creating panoramic images by stitching relatively few multiple images together. In the last few years, however, advances in software, hardware, and digital camera capabilities have now allowed possible resolutions into the range of several gigapixels per single image, ten thousand times greater than a standard 10 megapixel still image. Resolutions near 300,000 pixels in width are now possible with certain technique and methodology. The resulting gigapixel image is one that has a tremendous range of detail contained, allowing unsurpassed viewing and exploration. This ultimately allows for interactive exploratory online images and large prints that show no softening or degradation from size, while allowing intricate detail to be revealed at close inspection via a variety of media.

In addition, when the image is imported into a 3d animation package, it can be combined with modeled terrain data, which provides a wide range of latitude for the creation of digital backgrounds in visual effects work. The equipment required to shoot spherical panoramic imagery has typically been the use of a simple panoramic nodal head, which is manually turned to dozens of preset shooting positions, covering every possible angle within a sphere of the camera. Gigapixel photography, however, requires many hundreds or thousands of shots to be taken and typically demands the use of an automated motion control head which has the precision to execute the large amount of overlapping images. The resulting shots are then stitched together in dedicated image stitching software, often taking several hours of uninterrupted processing for a single image to be assembled.

Another option versus shooting spherically is to shoot a narrow field-of-view similar to the coverage of a standard lens, but instead sub-dividing it into hundreds or thousands of overlapping images by using a longer telephoto lens. This results in an even higher pixel-per-degree density, and allows the highest resolution afforded to an image.

Update: We are also using a  new technique that allows us to create gigapixel images even in tight spaces or from the air by using photogrammetry. This expands the possible situations where gigapixel imagery can be used. Read more about this technique in our “Photogrammetric Gigapixel Images” blog post. 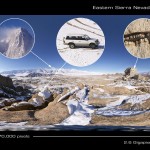 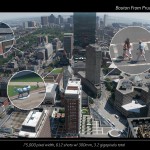 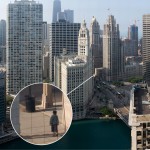 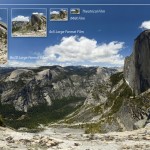 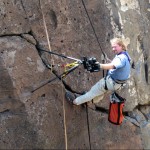 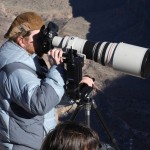