xRez Studio is partnering with GlacierWorks, a non-profit organization that uses art, science, and adventure to raise public awareness about the consequences of climate change in the Greater Himalaya. By comparing modern high-resolution gigapixel imagery with archival photographs taken over the past century, GlacierWorks seek to highlight glacial loss and the potential for a greatly diminished water supply throughout Asia.

Founded in 2007, the GlacierWorks team has made eight expeditions to the Greater Himalaya. Retracing the steps of pioneering alpine photographers and explorers George Mallory and Vittorio Sella, among others, the team has captured new images that precisely match the earliest photographic records. The GlacierWorks team is currently in Tibet, gathering information and documentation about the people who will be most affected by climate change.

xRez Studio has been advising GlacierWorks in imaging technology and computational photography techniques as well as performing the post-production used to maximize the information gathered on these expeditions. By using the latest techniques in gigapixel photography, computer animation, and photogrammetry, we hope to help create some of the most detailed documentation of this region ever created. A massive photogrammetry effort is currently underway to recreate precise and highly detailed 3d terrain models from high-altitude helicopter flights taken by GlacierWorks, using a custom multi-camera panoramic rig specified by xRez Studio. The rig has a design requirement of being very light weight due to the thin air found at high altitude. GlacierWorks has already captured over 100,000 aerial photos with this rig and xRez Studio is currently processing these into a highly detailed gigapixel textured 3d map of the region. Additional interactive media is being developed for narrative digital journeys of the area, from insights into local culture to illustrating ongoing scientific glacial research. 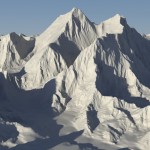 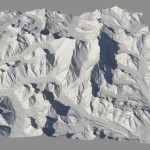 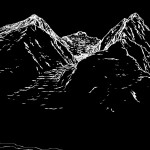 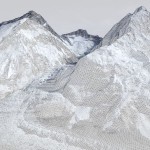 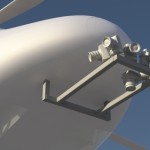 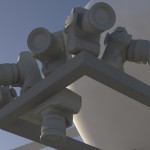