xRez principal Greg Downing has been at the forefront of photogrammetry technique for some time, having worked on the seminal ImageModeler while at RealViz. Later consulting and working with major effects studios, Greg has applied photogrammetry in several major feature films, including “Spiderman 3”, and “I Am Legend”. Photogrammetry is the process of deriving original 3D modeling data from 2D source images, known as the sparse technique.

Recent advances in photo cloud technology and an xRez alliance with the Microsoft Photosynth developers have allowed xRez Studio to help explore the ramifications of this newer automated process, known as dense photogrammetry. One xRez application of photo-cloud acquisition was to contract a hang gliding flight to act as a photographic survey device, the glider equipped with 3 time-lapse cameras which provided a point cloud data representation of the valley walls through use of Microsoft Photosynth. We are currently developing of a working process of data and camera extraction, for quick creation of 3d assets for use in visual effects.

In another example you can see how photogrammetry has enabled us to take gigapixel photos of subjects and in locations where gigapixel photography was previously impossible. Read more about this technique in our “Photogrammetric Gigapixel Images” blog post. 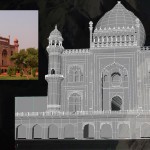 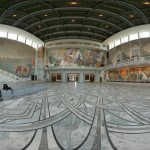 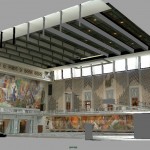 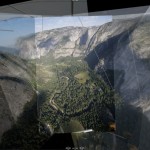