xRez Studio has completed an animated sequence illustrating the geological forces leading to the creation and carving of the Grand Canyon for use in the new visitor center film “Grand Canyon: A Journey of Wonder”, produced by Aperture Films. Working under direction of noted geologic consultants Karl Karlstrom and Carl Bowman, the animation follows the initial formation of the Vishnu Mountains 1,750 millions years ago (MYA), to sedimentation from ancient seas at 500 MYA, to the uplift of the Colorado Plateau at 70 MYA, and ultimately the act of final carving of the canyon at 6 MYA. Other key geologic concepts such as the supergroup were omitted for brevity in order to allow easy comprehension in a short span within the film. Narration by Peter Coyote further augments the audience understanding in the screenings. 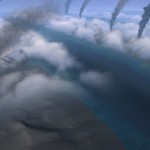 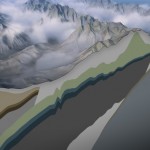 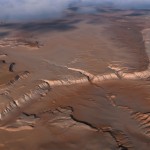 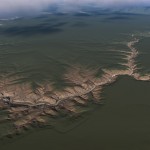 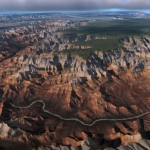 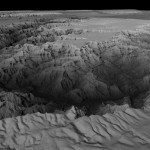