We are pleased to announce a joint agreement with SpaceCam Systems, the leader in high-end aerial cinematography. We are currently developing some very exciting technology together and hope to offer innovative solutions for new means of aerial capture in the very near future.

The press release is as follows:

Los Angeles, April 4, 2011: SpaceCam Systems, Inc. and xRez Studio today announced conclusion of an exclusive, long term agreement relating to the hi resolution capture and processing of still and moving images based on new technology developed by both parties.

SpaceCam was established in 1989 and is the foremost aerial imaging company in the motion picture industry offering the widest range of film format and high-end HD stabilized equipment in the industry. Through constant evolution, SpaceCam has captured industry standards for performance, flexibility and reliability. This, coupled with unrivaled customer and logistical support make SpaceCam the clear choice for the majority of serious film, TV, Commercial, Large Format and HD productions.

Their roster encompasses the world’s top aerial cameramen. Spacecam has acquired over its 22 year history, unique abilities in the aviation sector, including advanced mechanical and electronic design as well as software development. Spacecam has received the Academy award for science and engineering.

xRez Studio has a long history of successful production in feature film visual effects and gigapixel photography, with particular skills in the application of emerging computational photography and advanced computer graphics. Examples of xRez still photography productions can be viewed in prestigious museums including the American Museum of Natural History, Denver Museum of Nature and Science, Cincinnati Art Museum, and Ars Electronica in Austria.

Further announcements regarding this new technology will be forthcoming.

For further information, please contact Sandra Crawford at Spacecam at 818.889.6060. 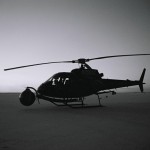