Park visitors at Dayton Aviation Heritage National Historic Park intending to learn about the Wright Brothers often visit Huffman Prairie, an unassuming open space where the Wrights did much of their formative testing. The field, a large open expanse, challenges a visitors imagination as to how they flew there. In 2010, the park will unveil a unique and unprecedented historic interpretation tool for it’s visitors, the VR Flight Viewer, conceptualized and produced by xRez Studio.

Utilizing earlier CGI assets made for the visual effects sequences from “On Great White Wings”, the park’s centerpiece film on the history of the Wright Brothers, xRez Studio has created a way for visitors to experience the flight of an early aircraft while visiting the actual field used by the Wrights for flight testing. Utilizing computer gaming tracking headsets and interactive spherical animation, a park visitor can chase after and ultimately pilot a Wright 1905 aircraft during a 3 minute flight simulation on-location at the field itself, enhancing their appreciation of the site and it’s place in aviation history. Earlier work for the park from xRez Studio was interactive panoramic content for the park’s website, in effect a non-animated version of the Flight Viewer. 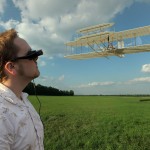 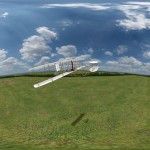 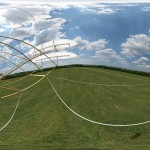 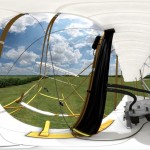 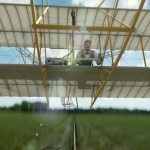