xRez was contracted by Day’s End Pictures to shoot stereoscopic time-lapse sequences for the National Geographic IMAX production of “Mysteries of the Unseen World“.

Released in November of 2013, the film reveals the stunning beauty and enormity of the world that is in front of us but cannot be seen due to the scale, time period, or electromagnetic frequency. The film uses high-speed, time-lapse, electron microscopy, and nanotechnology to reveal this unseen world. xRez was chosen to shoot several time-lapse landscapes,using terrain-mapped camera projection VFX techniques on several of the shots.

There were some special demands for shooting these 4k wide images. In addition to using motion-controlled synchronized cameras, the production needed a complete transition from night to day. In time-lapse shooting this is challenging due to the massive transition in exposure required to photograph a dark Milky Way into a bright desert sunrise. The method required measuring precise timings from both cameras and adjusting the exposure by microseconds. No commercial system yet supports stereo control for ramping, so workarounds were devised.

xRez also extended the movement of the camera travel by using camera projection onto digital terrain data (DEM). The camera movement was thus made more extreme, up to 200′ of vertical travel, while keeping it true to real-world plate photography.

Thanks to Dynamic Perception for support on their new Stage One carbon rail system, and ace camera assistant Tristan Dyer.

Update: “Mysteries of the Unseen World” has won the Best 4K Film at Dimension 3 Festival in France

The Official Trailer for “Mysteries of the Unseen World”: 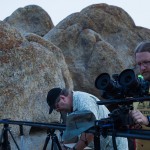 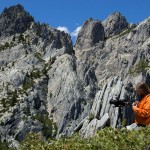 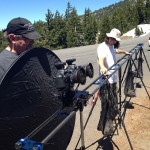 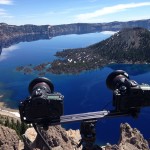 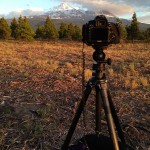 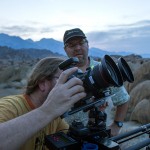