Yosemite Valley experiences numerous rockfalls each year, with over 600 rockfall events documented since 1850. Due to the pulverization of the rockfall mass, evaluating and quantifying rockfall characteristics has proved challenging without any high-resolution baseline imagery of the Valley walls, which could act as a useful datum for before/after comparisons. In 2008, The Yosemite Extreme Panoramic Imaging Project, a partnership between geologist Greg Stock, Ph.D. of the the National Park Service and xRez Studio, set out to do so by creating an unprecedented documentation of Yosemite Valley’s granite walls by shooting 10,000 images concurrently over sixteen miles of the valley walls. Base technology used included gigapixel panoramic photography, LIDAR-based digital terrain modeling, and three-dimensional computer rendering. Key sponsorship was provided from Microsoft Live Labs and The Yosemite Fund, and additional sponsors and donors included IVRPA, Canon, Bogen Imaging, LowePro, GigaPan, Autodesk, Wavgen, and Peace River Studios.

The primary gigapixel capture was accomplished by 20 separate photographic teams shooting from key overlapping locations throughout the valley, amounting to 36,000 vertical feet of trail ascended. The shots were taken simultaneously in order to ensure uniform lighting, with each team taking over 500 overlapping shots from each vantage point using an accessible Gigapan device with Canon G9 cameras. Each team’s shots were later assembled with PTGui into 20 separate gigapixel panoramas, viewable here. In addition, all 20 gigapixel panoramas were projected onto a 1-meter resolution digital terrain model in Maya 3D animation software, unifying 16 miles of Yosemite’s walls into 2 single vertical orthographic views. The resulting images reveal the complex geologic interrelation of Yosemite Valley’s monuments in very high resolution and yields a unique, non-perspective elevational view of the valley walls, a first in landscape photography.

In addition, a hang gliding flight was contracted to act as a photographic survey, the glider equipped with 3 time-lapse cameras which provided a point cloud data representation of the valley walls through use of Microsoft Photosynth. The results can be seen in the Siggraph 2009 course on “Computation & Cultural Heritage” Several major rockfalls have already occurred since the project’s completion, and repeat photography of these areas has clearly delineated the rockfall source areas and failure dynamics, ultimately calling for the closing of 300 structures in Camp Curry. Thus, the imagery has already proven to be a valuable tool for monitoring and understanding rockfall in Yosemite Valley, and ultimately providing further safety for the public. It also shows the possibilities of the quality of information a photographic image, enabled with powerful new imaging technology, can provide for the earth sciences.

update: The gigapixel spherical image that inspired the parks to partner with us on this project is now a free App called “Yosemite Spyglass” in the iPad App Store.

LINK to 45 Gigapixel Silverlight Page of Project Results (zoom in and out of all images w/ mousewheel):

LINK to Silverlight Orthographic View of North Elevation (zoom in and out of image w/ mousewheel): 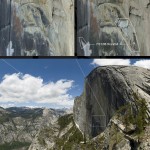 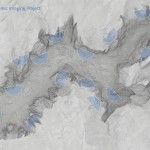 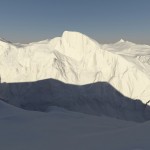 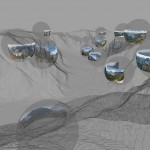 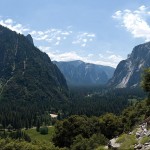 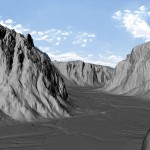 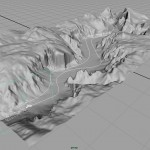 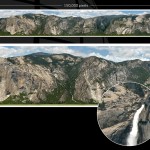 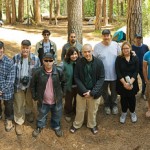 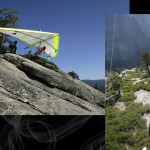 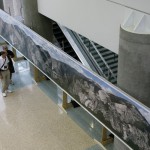